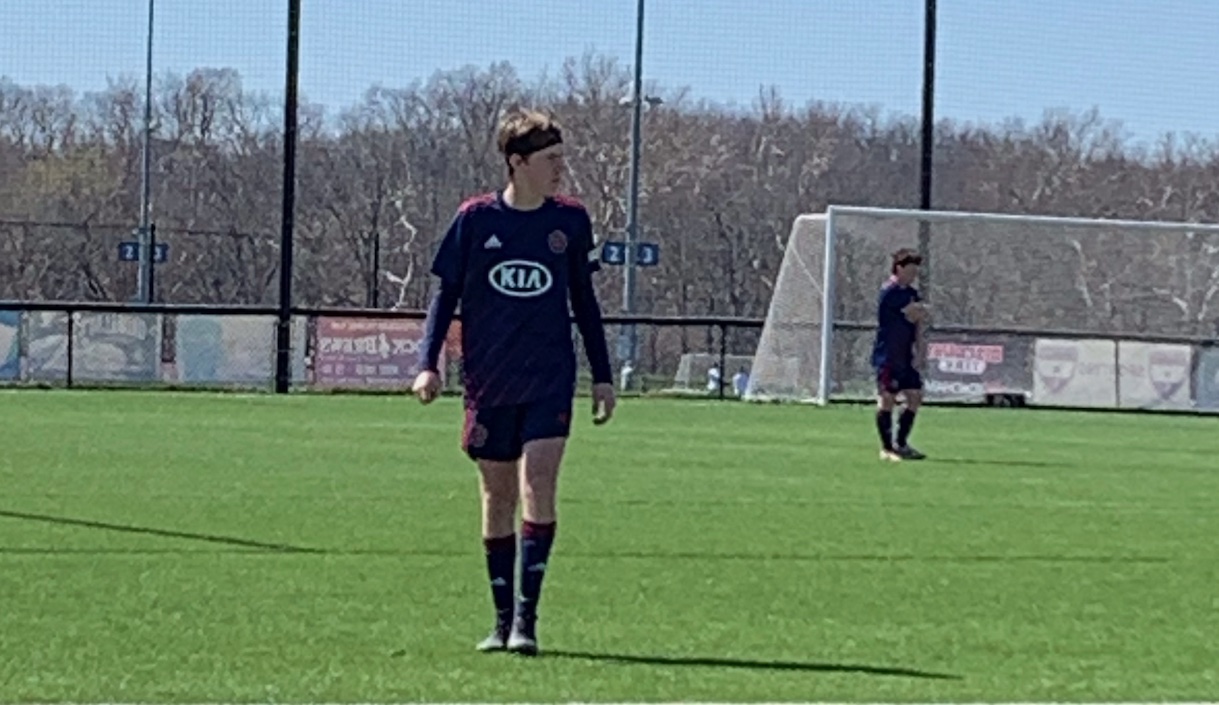 Throughout the career of a high school student athlete, the athlete is around their teammates more than they are anyone else. Between practice, games, travel, and other activities, they become almost like family. For Kale Radichel, some of his teammates have been the biggest role models in his life.

“The seniors on this year’s soccer team have been influential on my life,” Kale said. “Tyler Douthitt, Dalton Scott, and Alex Wiseman have always pushed me and kept me on my feet and helped make me into the soccer player I am today.”

Radichel is a junior at Claremore High School, where he plays left-wing for the Zebras soccer team. He is no stranger to the game of soccer as he first started playing when he was about five years old. Along with Claremore, he also plays for Tulsa Soccer Club and has played club soccer for a majority of his career.

Being half-hearted is not what gets you to where you want to be, according to Kale. That is why he has done what he had to do in order to be his best.

“What has made me successful in what I do is making the huge commitment to make soccer a big part of my life,” he said. “I have always put in the extra work to get where I want to get and play to the best of my abilities.”

There have been some great moments during Radichel’s years of playing soccer, but he says that there is one goal that sticks out in his mind.

“The highlight of my career happened when we were playing against Catoosa,” he recalled. “I hit a left-footed goal from outside of the 18 yard box. It was a really great feeling to watch that go in.”

As a student at Claremore, Kale has learned from many different teachers, but he says that there is one teacher that has taught more than just what is in the books. She has helped him learn life lessons that will stick with him forever.

“My favorite teacher is Ms. Golbek,” he said. “She has taught me that it is important to know what you are doing before you do it. If I don’t understand something, she is always there to help me and make sure I understand the content.”