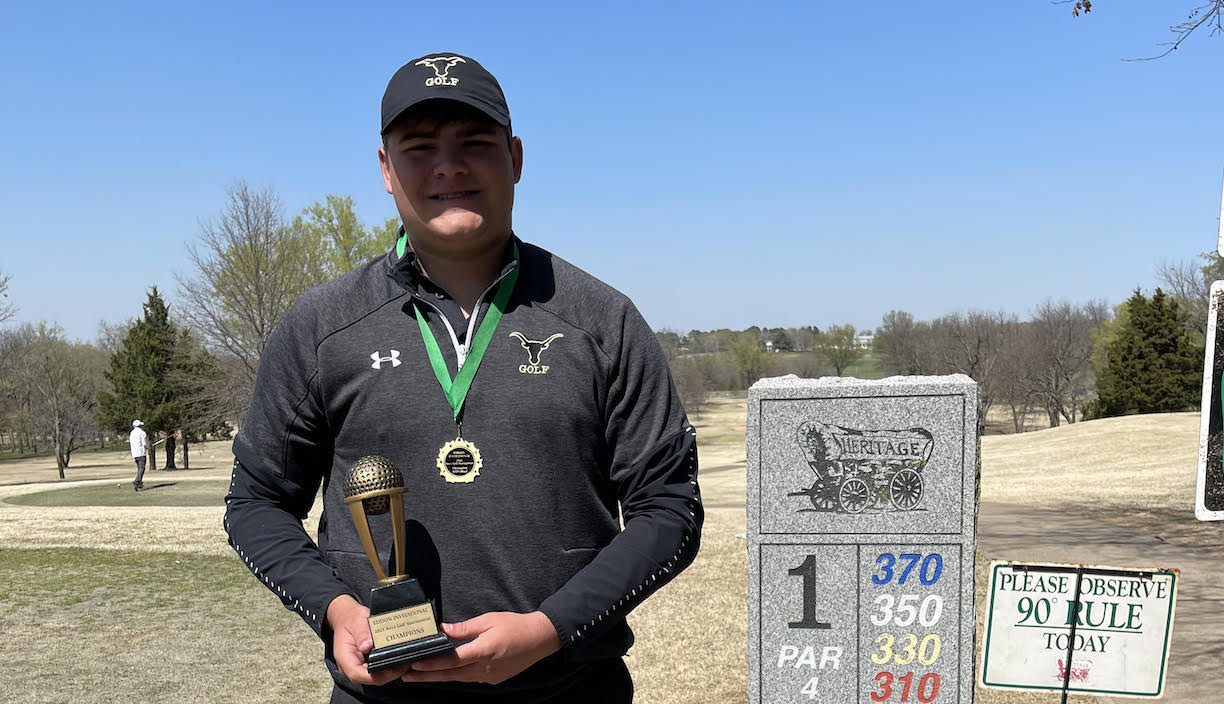 Parents play a big role in most of our lives. Not only do they give us life, but they also help us learn things as we grow. For some, like Carson Stookey, parents can even serve as a role model. “My dad is definitely the biggest role model that I have,” he said. “He has taught me the importance of having good character and sportsmanship. He has been there for everything I have needed through my life and sports career.”

Stookey is a senior at Inola High School. He is a member of the Longhorn golf team and has played golf for about five years.

Another person that has had a major influence on Stookey’s life is his golf coach, Tucker Thompson. “No doubt, coach Thompson has had a big impact on my life,” he said. “He helps me a lot on and off the golf course. He has taught me the importance of keeping a good attitude about the current situation and the task at hand, no matter what it is.”

While he has enjoyed some great moments during his years playing golf, Carson says his favorite moment took place this year. “Winning my first high school tournament was a great accomplishment,” he stated. “All of my hard work and dedication had finally paid off.”

Coach Thompson says that Carson is an equally good teammate and golfer. “Carson is our leader,” Thompson said. “He is always willing to organize a weekend golf match with his teammates or challenge them during the week at practice. I set up our schedule this year to play him and the team against some really good golf programs and he always stepped up to the challenge. He never backs down and always embraces the challenge. It has been an honor to have him on my team the last four years and can’t wait to see what the future holds for this young man.”

The success that he has enjoyed did not just happen overnight for Stookey. Instead, it took a lot of sacrifice. “It has taken a lot of hard work,” he said. “Grinding every day after school and doing that each and every day. But if you want to succeed, you have to be willing to put in the work.”