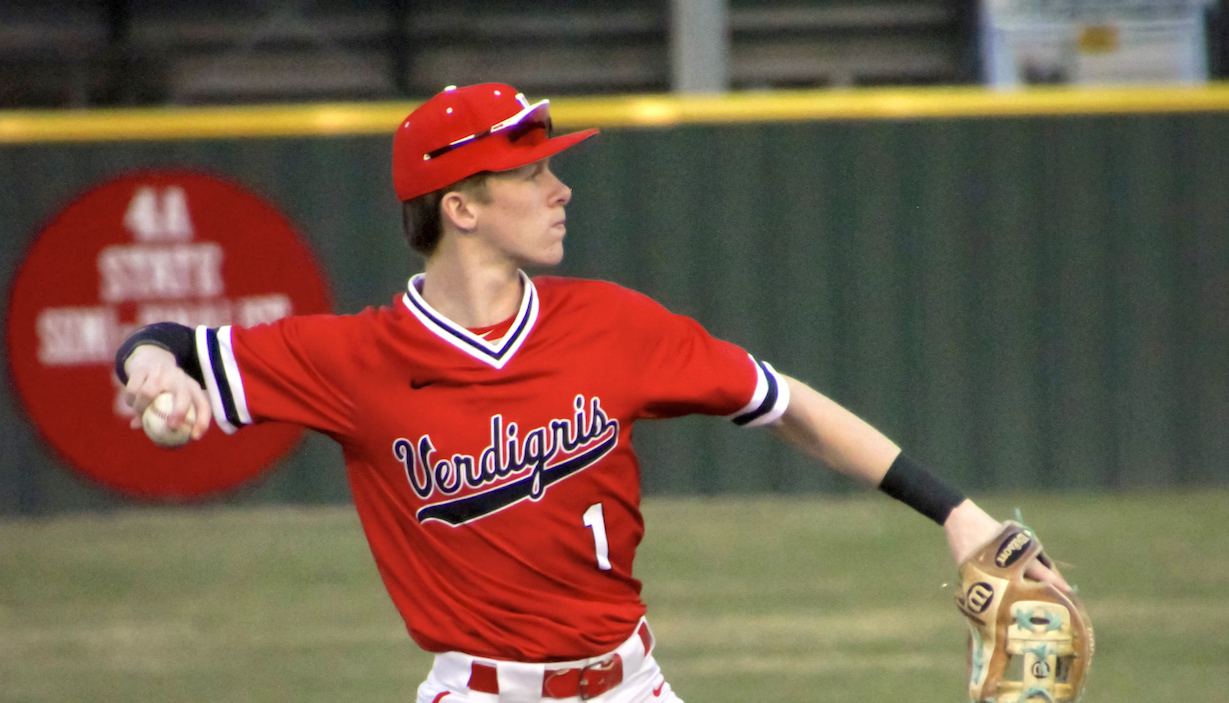 Jax Ryan, a 16-year-old shortstop for the Verdigris High School Cardinals, would rather spend his time bragging about his team than talking about his individual accomplishments.

“Our team this year is pretty good,” Ryan said. “We graduated seven starters last year, so this year Coach Keith has been taking the time to develop us as players and get us used to playing together. With that being said, sometimes I think nerves get the best of us, but once we get going things click and we play well as a team.”

“This year Coach Keith made a challenging schedule and got us games against some very competitive programs like Owasso, Red Oak and Union,” Ryan continued. “Losing those games wasn’t fun, but playing those kinds of teams will benefit us in the long run. Our team morale is really good. We play our best when we get some excitement coming from the dugout. We like to win and are all very competitive so it’s not hard to get fired up.”

And as much as he’s focused on this season, Ryan said he’s already looking ahead to his junior year and how he can help out his team.

“Next season I want to become more of a leader on our team,” he said. “I want to be the guy that everyone looks at as a role model on and off the field. I want to bring the team together and play hard every game, and ultimately compete for a state championship.”

In his free time, Ryan said he loves playing golf, spending time with his family, and playing Rocket League. He said he wants to thank the Lord for giving him the ability to play the game, and his parents for the sacrifices they’ve made that have allowed him to pursue his dreams.