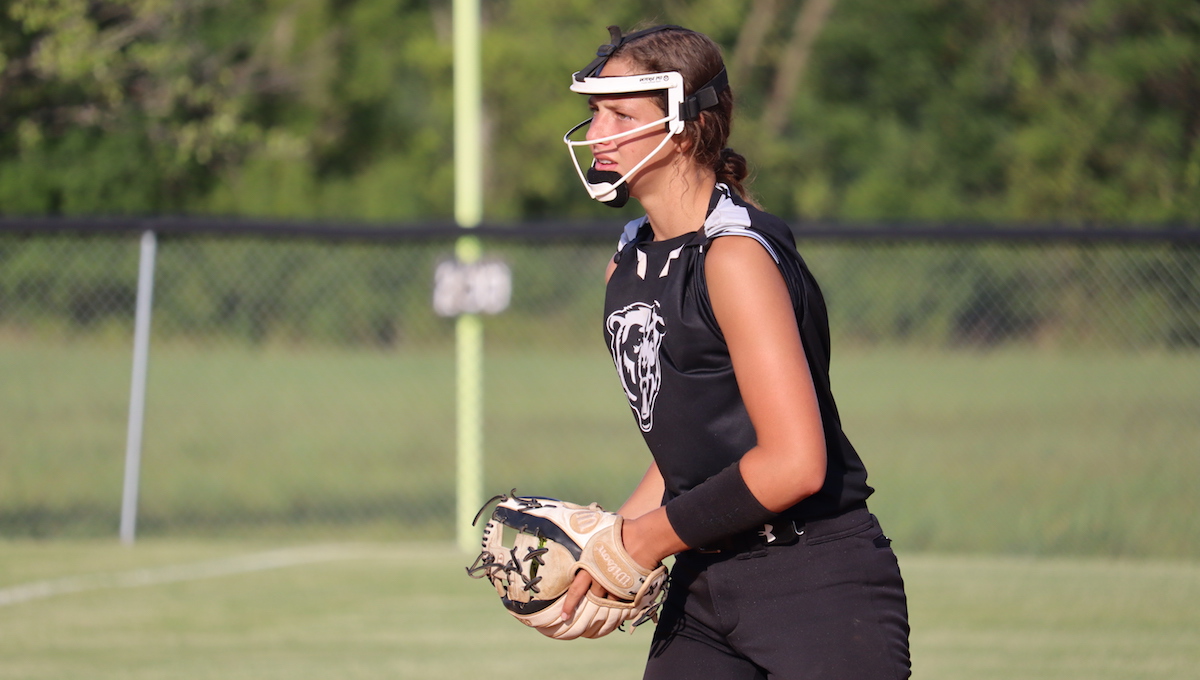 After making it to the state quarterfinals last year with a very experienced roster, Wyandotte head coach Kendall Young knew this year’s team would be less experienced.

“We lost four seniors that started last year,” Young says. “We’re going to be younger this year. This year we have two seniors, one junior, eight sophomores, and five freshmen.”

While youth might be a bit of a concern, especially early in the season, Young is not concerned about the talent of his Lady Bears.

“We are very talented in our bottom half,” he says of his freshmen and sophomores. “All 13 of those girls could go get a starting spot. These underclassmen are all very exciting.”

Some of that young talent includes sophomore outfielders Amanda Stevens and Haley Jones, both of whom started as freshmen. One freshman expected to take a starting spot this year is shortstop Josilyn Wyrick.

“She is very, very talented,” Young says of Wyrick. “She’s also a hard-working girl. She can play.”

While Young is excited about the young talent, he also knows that his three upperclassmen are going to be the team leaders. That leadership starts with the team ace, Gracie Turner. Turner will be a four-year starter in the circle for Wyandotte and tallied 85 wins in her first three years.

“She’s going to be what we go off of,” Young says. “We aren’t asking her to go out and shut everybody down but having her experience in the circle is number one.”

The other returning senior is first baseman Mallory Butterfield. Both Butterfield and Turner have a lot of experience and Young says they drive the team forward.

While Young has high expectations on the field for his Lady Bears, he says he is most proud of their work off the field.

“We are very, very intelligent,” Young says. “Two of my girls last year we valedictorian and salutatorian last year and I think it could be that way again this year with my two seniors.”