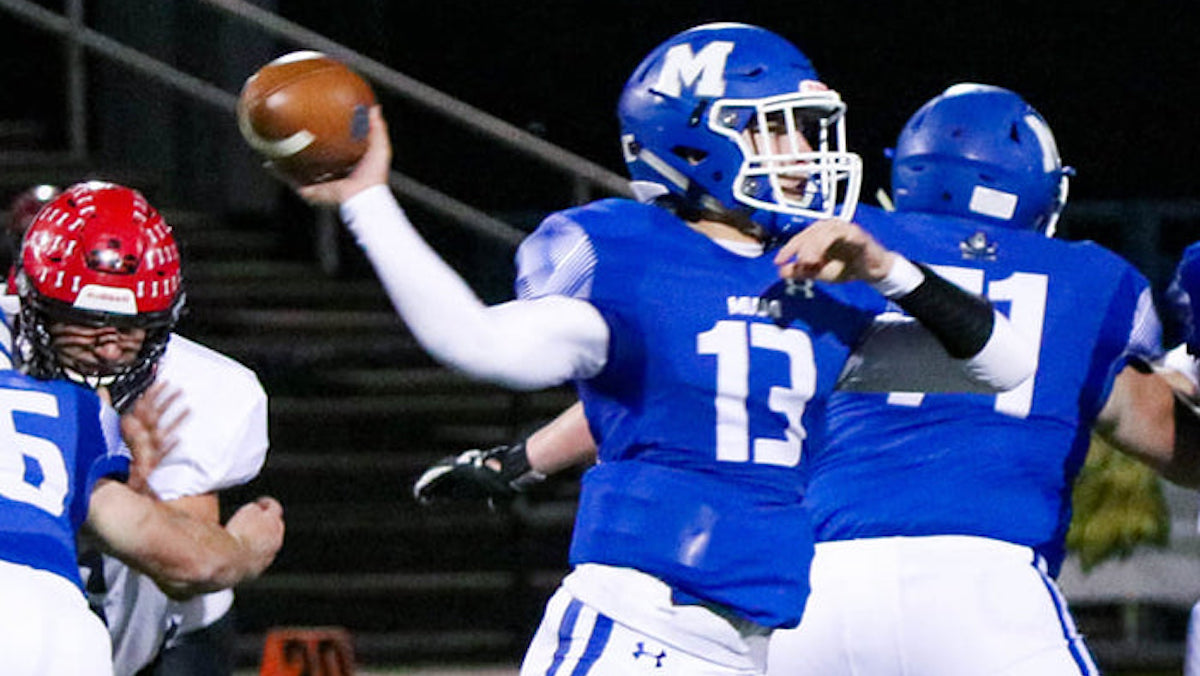 After a COVID-stricken season in 2020, the Wardogs of Miami are ready to get back to work and continue to develop under head coach Zach Gardner. The offense will center around sophomore quarterback Braylon Riley (5-10, 180). Riley is a young talent who continues to improve. He will have several weapons at his disposal including wide receiver Jonah Redden (5-10, 155, Sr.). Redden brings senior leadership to the huddle and he has the ability to run crisp routes and find the open lanes. Another player who could see time at quarterback is Karson Jinks (6-0, 190, Jr.). Jinks has the athleticism to play multiple positions. Keaton Jinks (6-2, 170, Sr.) is a big target at wide out an someone who can help move the chains with his big-time receptions. The offensive line features Keagan Kamumo (6-2, 230, Sr.) and Jacob Beebe (6-3, 300, Sr.). Both guys bring experience and attitude to the offensive line. One player the Wardogs have been excited to see play at the varsity level is freshman Seth Davis (6-1, 180). Davis will likely see time at running back and play some defense as well at a safety spot.

Redden and Wyatt McPhetridge (5-10, 170, So.) will start in the secondary with McPhetridge at free safety. Davis could see time there as well. Riley will lock up one of the corner positions with Karson Jinks. Hunter Nichols (6-0, 200, So.) is one of several linebackers bringing toughness and speed to the position. Alfred Bailey (5-10, 180, Jr.) will start at outside linebacker adding to the athleticism of the group. The defensive line is salty with Kim Chura (5-9, 320, So.) starting at tackle. Also look for Kamumo and Beebe upfront as well. Garrett Walls (5-8, 150, So) has developed into a good cover corner. As a unit, the secondary may be the strength of the defense early in the season. Other players to watch this season include Dominic Humble (5-10, 185, So.) at linebacker, Landon Elledge (5-9, 160, So.) at outside linebacker/receiver, Jacob Joseph (6-1, 220, Sr.) at defensive tackle/end, and Brian Cox (5-10, 220, Jr.) on the offensive and defensive lines.

The Wildcats enter the 2021 season with a lot of optimism. According to head coach Ryan Gleaves, they are bringing back a solid number of guys that have had a lot of playing time. “We have a good group of players coming back with experience,” he said. “Most of these guys have started as freshmen and sophomores, so we should be able to compete more this year.” The heart of the offense is on the line and the Wildcats bring back three starters from last year. Ethan Costerisan (5-8, 190, Sr.), Isaiah Buzzard (5-10, 225, Sr.), and Gage Miller (5-11, 185, Jr.) have worked hard in the offseason are ready to get back on the field. The duo of Clayton Schmidt (6-1, 145, Sr.) and Carter Hubbard (5-8, 165, Jr.) returns to play wide receiver and be impact players for their team. Noah Barton (5-10, 185, Sr.) is a solid athlete and will play wherever the team needs him to be.

The Welch defense is looking to make improvements as well. They return six starters from last year’s squad and after hard work in the offseason, they are ready to show what they can do. Costerisan and Barton will be playing at linebacker and working to keep the offense in check. Buzzard will play nose guard and Miller will be at the defensive end and both will work to wreak havoc on the opponent’s offensive strategy. In the secondary, Deighton Pigeon (5-8, 120, So.) and Hubbard will be ready to lock down receivers.