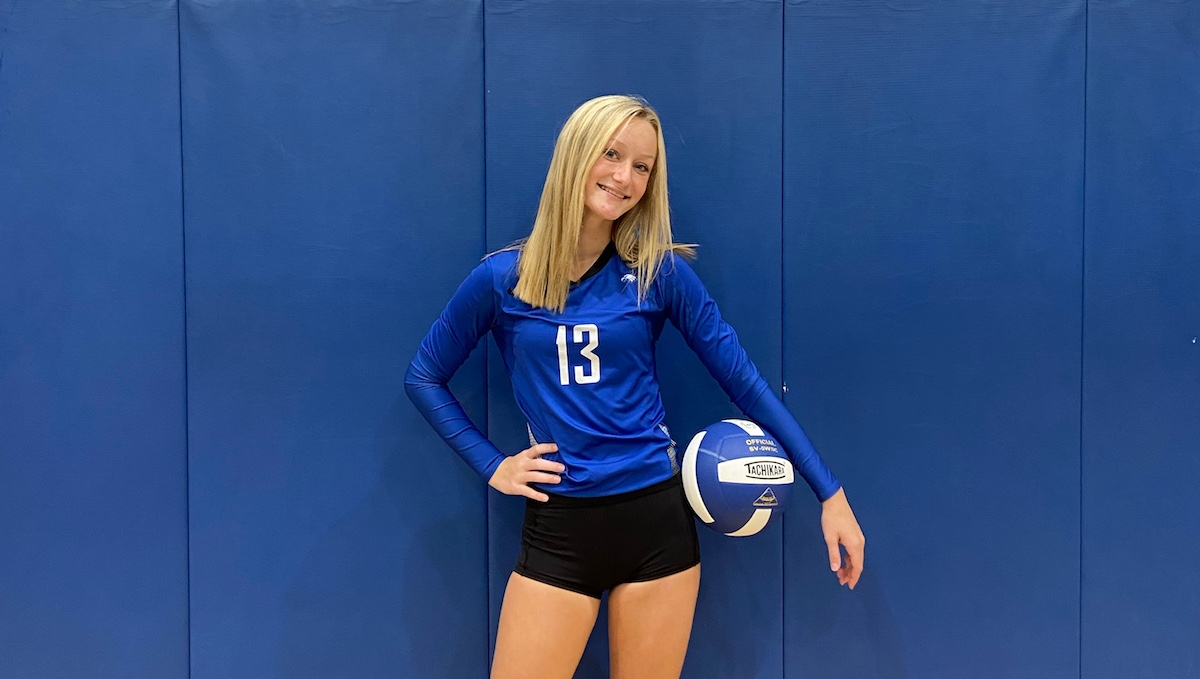 Every athlete has a certain goal or goals that they want to achieve throughout their career. For some it could be an on the field achievement, while for others it could be a team accomplishment, like a championship. But for Ady Johnson, she has her sights set on continuing to play volleyball after high school.

“I want to play D-1 volleyball,” she said. “I have put in a lot of effort and practice and I am continuing to work hard to keep getting better and playing collegiate volleyball would be my goal.”

Johnson is a freshman at Claremore Sequoyah High School. She plays outside hitter and defensive specialist for the Lady Eagles’ volleyball team. She also plays club volleyball outside of school. Ady has played the sport for six years.

Throughout her career, Johnson has had a few people that have made an impact on her as a volleyball player and as a person. But she says that as an athlete, there is one person that made a big impact on her and helped her become the player she is today.

A little closer to home, Johnson says that there is another person that had an influence on her life.

“Mrs. Kehler was a teacher I had,” she said. “She taught us what we needed to know but she also made learning fun. I really enjoyed her class.”

Along with playing volleyball for Claremore Sequoyah, Ady is also in yearbook and the JOM program at the school. The club volleyball that she plays for made it to nationals and finished in ninth place.