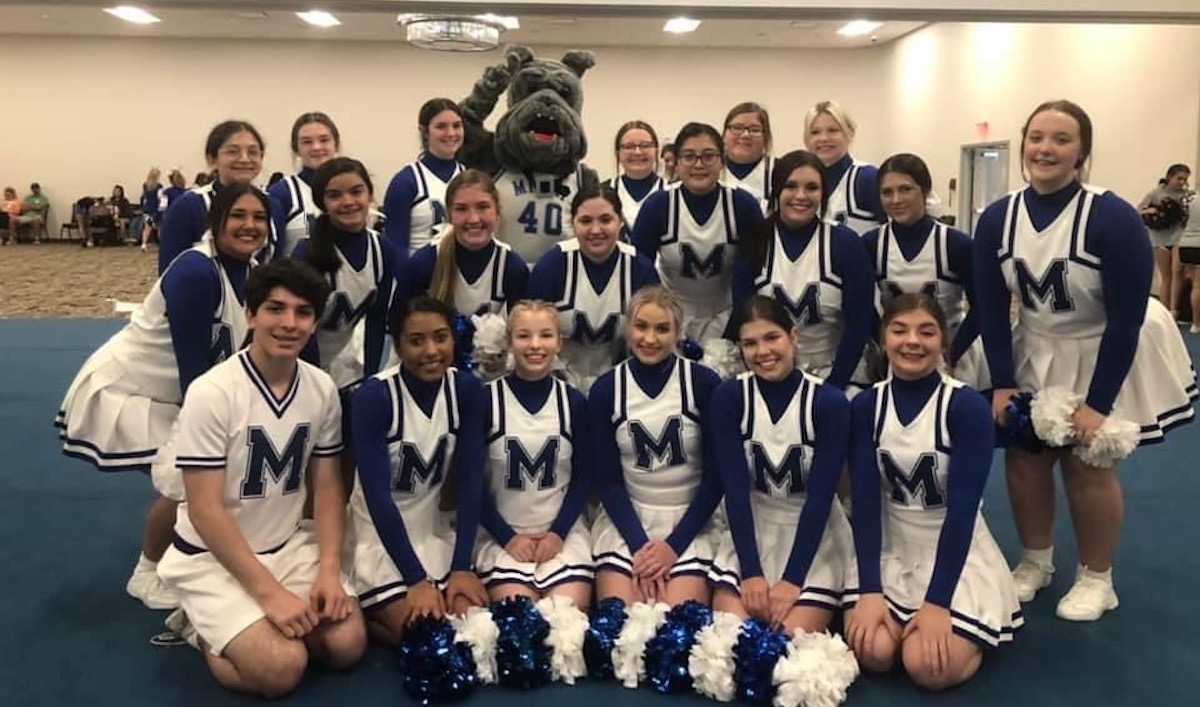 When a group of individuals come together to compete as a team, they have to be able to work well together. If they do not, it could become almost impossible for them to achieve their goals.

Miami High School cheer coach Lindsey Bearden, who is in her fifth season at the helm, says that her squad is able to work well together because they have developed chemistry on other teams.

“We have a few strengths,” Bearden said. “One of our biggest strengths is that many of my cheerleaders are part of the two-time State Champion Powerlifting team. Another team strength is their ability to adapt. I can make changes to a routine and they get it instantly. They also are pretty creative when it comes to choreography which also helps.”

To help boost the team chemistry, the squad spends time together away from cheering. They attend cheer camp together, where they were able to spend some time hanging out as a team. They also had a pool party. And one thing that they love to do is to put on a summer camp. This year they had about ninety kids from pre-k through sixth grade attend.

Coach Bearden said that others have taken note of her team’s great chemistry and work ethic and she is really proud of that.

“At UCA camp this summer we received a few awards,” she stated. Our biggest accomplishment at the camp was receiving the leadership award. On the last day at camp they asked every team there to select a team that they would want to be on if they weren’t with their current school. It was very exciting that the other teams picked us. It means that they were able to see how much fun we were having while working hard.”

With the craziness of the past year due to covid, Bearden is excited to see what her squad will do this season.
“In 2019 we were Regional Champions,” she stated. “Last year we did not compete. I am looking forward to adding another title this year.”