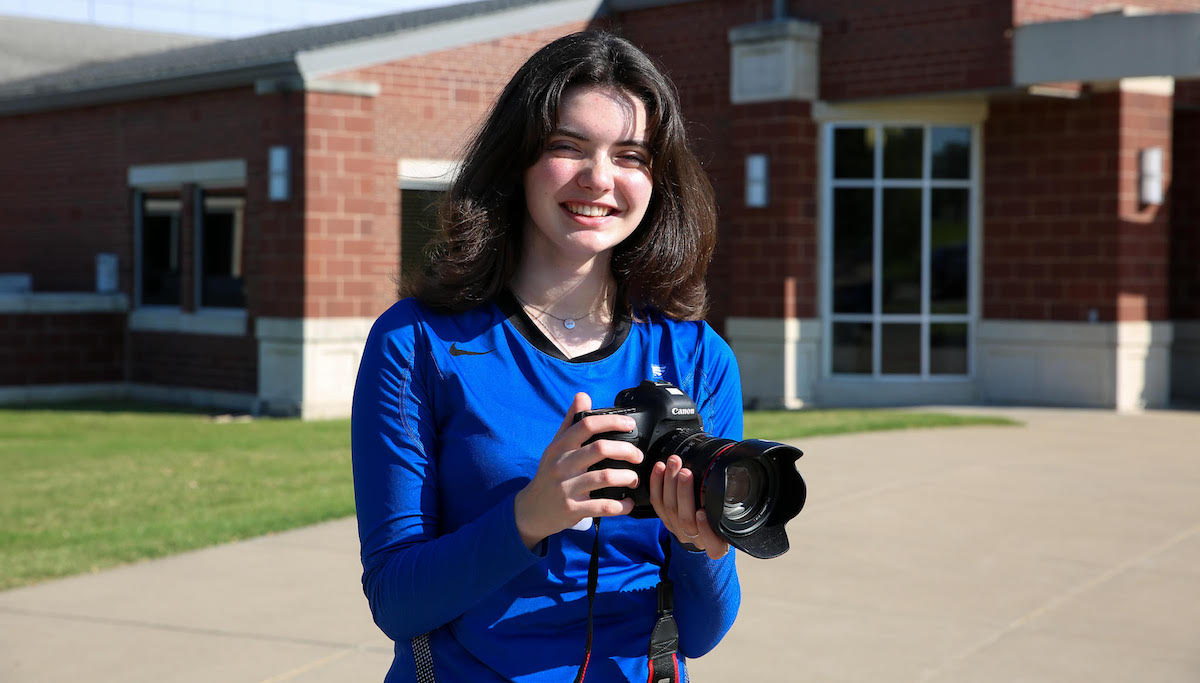 When a student graduates from high school, they have a lot of options that are available to them. They can attend a college or university, go to a trade school and learn a specific skill, or they can even head straight into the work force and begin a career. Haylea Benedict is still in high school, but is already getting a head start on her future career.
“I am a junior at Claremore Sequoyah, but I also attend Northeast Tech,” she said. “At tech, I am in the Education Accelerated by Service and Technology (EAST) program. I want to get into the architecture and interior design field after high school.”

Along with attending Northeast Tech, Benedict is also a student athlete for the Eagles. She plays outside and outside hitter for the volleyball team. She has played volleyball for a total of six years, only two of those years.
“I moved to Oklahoma from Washington State two years ago,” she said. “We moved because my dad wanted to be closer to family. I had lived in Washington for about 13 years and I played volleyball on rec teams when I lived up there. I fell in love with the sport and I wanted to continue to play once we moved.”
Haylea has had many people that have been a part of her life and some have influenced her to become who she is today, but she says that there is one person that has had the biggest impact on her life.
“My mom is probably my biggest role model,” she said. “She supports me and helps me when I need it. I would not be the person I am today without her.”
Becoming the athlete that she is today has required a lot of work from Haylea. But she says that staying focused is important.
“I had to push myself to keep getting better,” she said. “Every practice I try harder than I did at the last one. Also, whenever I am on the court, I take advantage of it.”