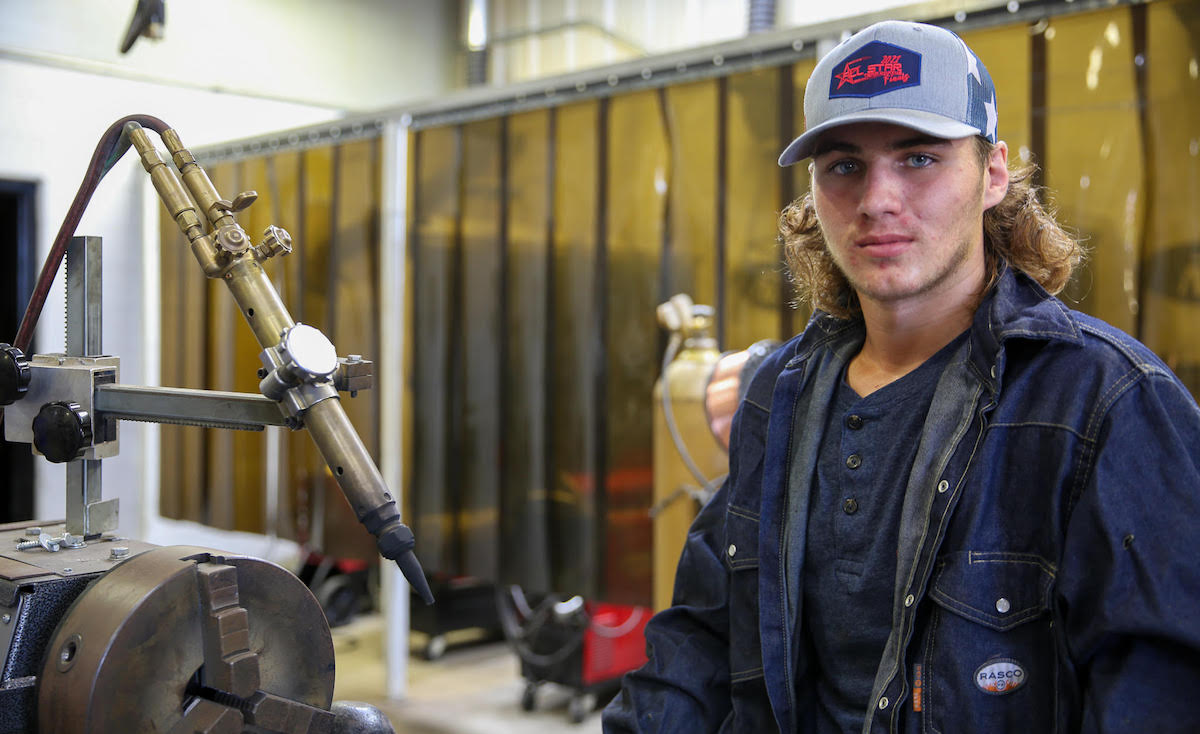 High school students have a lot of options available to them when they are considering what to do with their future. Once they graduate, they can go directly to work full-time, they can attend tech school, college, or some other school that specializes in what they want to do.

Dakota Monk is a senior at Locust Grove High School. He also attends Northeast Technology Center where he is a part of the welding program. On the reason why he chose that program, Monk says it is a bit of a family tradition.

“My dad, grandpa, and brother are all welders,” he said. “It is really all I have ever known how to do.”

Dakota is a wrestler, team roper, and a member of the track and field team. He says that there are a few people that he looks up to as role models for his life.

“My dad and brothers are probably the biggest influences on my life,” he said. “My dad owns his own welding business and is an all star team roping champion in 2019. My three older brothers were really good wrestlers in high school. My oldest brother Trent was a state champion and an all state champion in wrestling. My brother Ty has been coaching me since I started and Tee has always pushed me to be my best.”

There is a lot of work that goes into being a successful wrestler. But Monk says that one of the most important things you have to do is make weight.

As his final year of high school is underway, Dakota already has plans for what he will do once he graduates.

“I am hoping to get a scholarship for either wrestling or team roping,” he said. “But if that does not pan out, I will most likely try to start my own one-man welding crew and keep growing the ranch I’ve already started.”