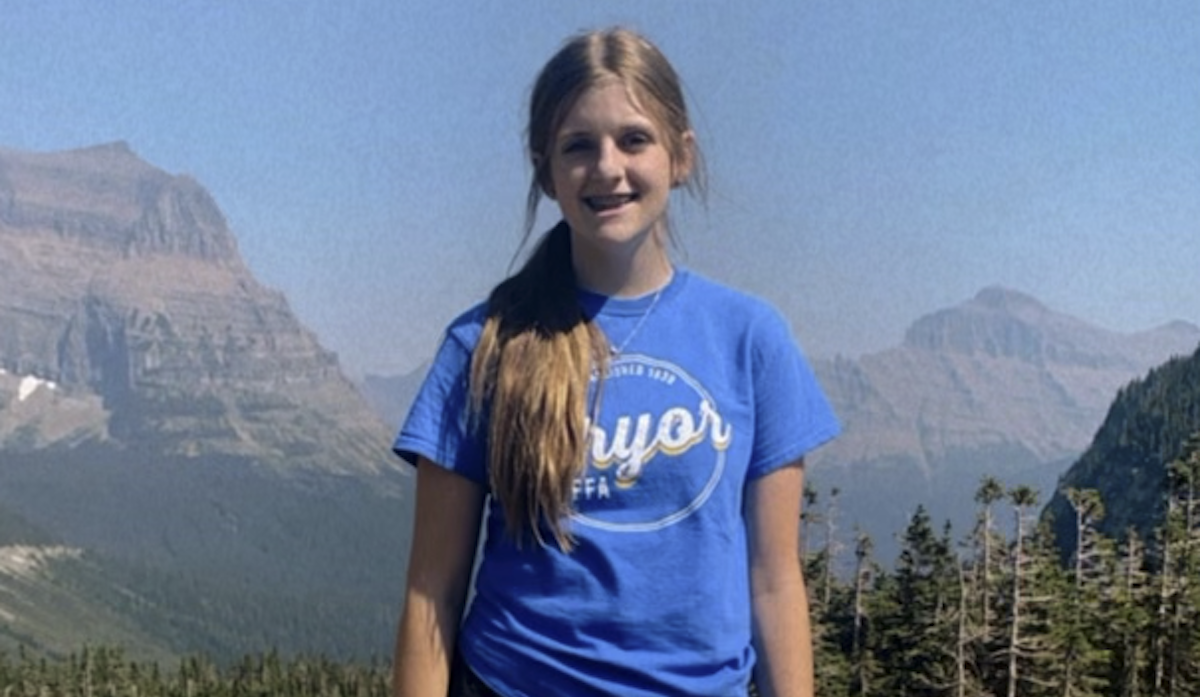 Varsity cheerleader and FFA chapter member Hallee Cowan is only a freshman at Pryor High School. Cowan first got involved in FFA while in the eighth grade thanks to the encouragement of a relative and teacher.

“The two people who first got me involved in FFA were my cousin and my Ag teacher,” said Cowan.

While being a member of FFA is fun, Cowan said she loves to compete, whether it’s in FFA or cheer.

“The thing I love most about FFA is competing all the time,” said Cowan.

Cowan is involved in several different activities with her FFA chapter and she stays busy at taking care of her animals.

“I am involved in opening ceremonies, green hand, and cattle grading,” said Cowan. “I show pigs; berk and a duroc.”

Cowan also pointed out that her father has played a big role in making her FFA experience as good as it can possibly be for her and her animals.

“My dad has been a huge influence in my life. He has always taken care of me no matter what the cost was for him. And he always goes out of his way to make sure I have everything I need,” said Cowan.

As a member of the cheer squad, Cowan said being on the field for the football games is something she loves about the experience.

Cowan offered this advice to anyone in her class who may be considering FFA as an activity they would like to try.

“If a student considered joining FFA I would say go for it. I was that kid but when I decided to join it didn’t take long for me to fall in love with it,” said Cowan.