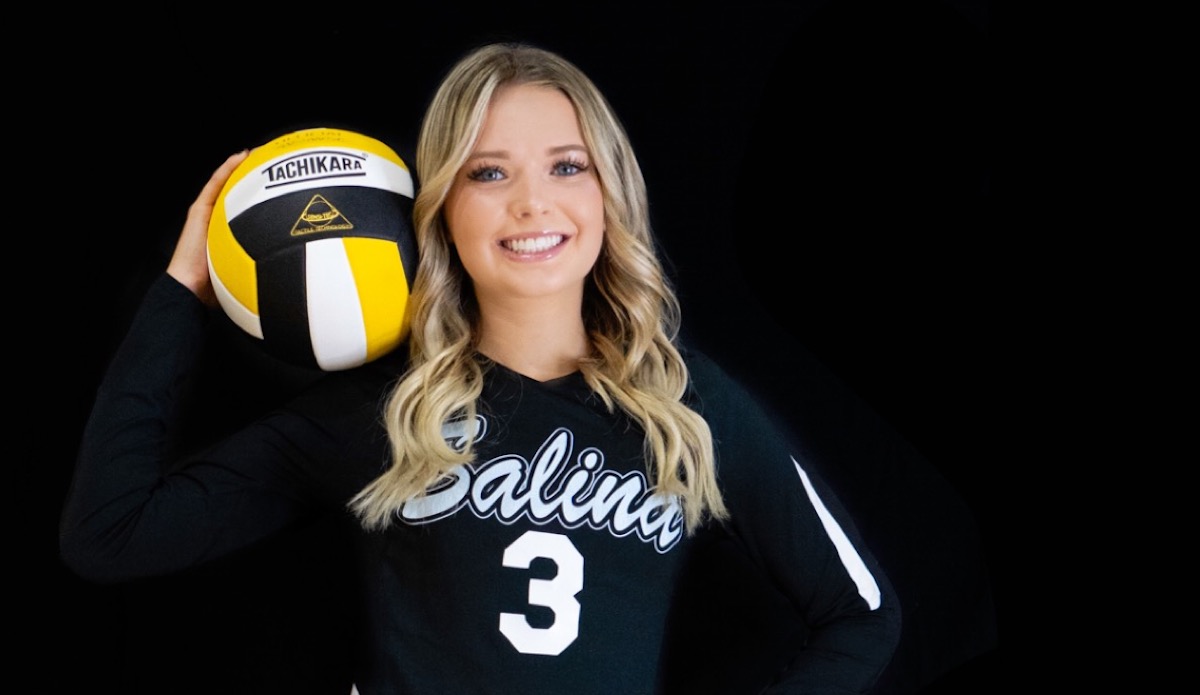 Athletes of all ages have to put in a lot of work and effort into being the best that they can be. While there is a lot of personal work that goes into being a great athlete, but Graci Brown says that the people you surround yourself with are just as important.

“I have had some great people in my life over my career,” she said. “My parents and my coaches have been huge influences on my life,” she said. “They always push me to work my hardest in and outside of school.”

Graci is a senior at Salina High School. She plays right-side hitter and setter for the Lady Wildcats’ volleyball team. She has played volleyball for six years and says that become the player that she is today has taken a lot.

“There is a lot that goes into being a successful athlete,” she said. “Setting and achieving goals, being a team player, and putting in the extra time to get better is important. So is having a desire and motivation to be the best.”

Mindy Butcher, who is the head volleyball coach at Salina, says that Brown is a solid leader and example for her team.

“Graci is a game-changer,” her coach said. “She wasn’t on the court on the first two days of practice and her being back out there made the difference in our team. Her leadership changes our whole atmosphere. She is also a great student and a great teammate.”

Spending a lot of time in the classroom, Graci has learned from numerous teachers at Salina. But out of all of them, she says that there is one that stands out as her favorite.

“My favorite teacher is definitely Mrs. Kingfisher,” she said. “She always pushed me to do my best and has been there for me all throughout high school. I am so thankful for her.”

Brown has made a lot of memories during her career but says that there was one win so far this season that is her favorite.

“Beating Wagoner this season would be my top moment,” she said. “They have beat us since I was in the seventh grade. It was an intense game but we came away with the victory.”