Success is something that everyone, no matter their age, works for. Students in school work hard and study to get good grades. Adults work hard and do their best at their job to move up the ladder. High school athletes are no different. If they want to be the best they can be, they have to be willing to put in the work.

Ethan Bartee is a senior at Pryor High School. He is an attacking midfielder for the Tigers’ soccer team. He says that becoming the athlete he is today has not been easy, but it has been worth it.

“It takes a lot to be your best,” he said. “I have had to outwork everyone for years in order to get where I am now. There are days when you want to take a break or go do something with your friends instead, but you know that putting in the work is important.”

Ethan was four years old when he first began playing soccer and it has been a part of his life ever since. Throughout his career, he has enjoyed some memorable moments with his teammates on both his school and club soccer teams.

“I’ve won state and have been to nationals in Colorado with my club team,” he recalled. “But I would have to say that the highlight moment of my career would be scoring two goals against our school’s rival Claremore.”

Thor Campbell, the head soccer coach at Pryor, says that Ethan is a highly decorated soccer player and is a great team player.

“Ethan is a four-year starter for us,” the coach said. “He is a three-time team leading goal scorer, three-time All District team selection, and two-time team MVP. He is a two-time team captain. He is a great kid and an even better soccer player.”

Bartee has had different influences throughout his life but says that there are two people that he looks up to the most.

“My dad and Lionel Messi,” he said. “My dad helped shape me into the person that I am today, and Messi is a soccer icon that I look up to.” 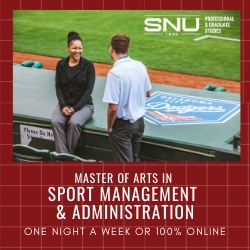