When a team works together to get better and their chemistry grows, they will be able to do things that they were not able to do before. Kourtnee Stevens and her Dewey High School volleyball teammates are an outstanding example of this. And now it makes the wins a little bit sweeter.

“When my fellow classmates and I were freshmen, we could never beat Wesleyan,” Stevens said. “But we progressed with our skills and team communication and then we began beating them every match. They became an easy opponent to beat. It felt like a reward for our hard work. That is one reason that they are my favorite opponent to beat on the volleyball court.”

A senior at Dewey, Kourtnee plays outside hitter on the volleyball team. As much as she excels on the court, she does an even better job in the classroom and that is evident in her opportunities after high school.

“I received a full academic ride from the University of Tulsa,” she stated. “But I will be attending Tennessee Technological University in the fall to study nursing. I want to become a nurse practitioner.”

Besides playing sports, Stevens is also involved with a number of clubs around campus. She is the student council vice-president, yearbook editor, football homecoming attendant, athletic director intern, and Valedictorian. She is also a member of the Health Occupation Students of America, the Bio-Medical program at Tri-County Tech, National Technical Honor Society, National Honor Society, basketball manager, and Gifted and Talented.

Making it as far as Kourtnee has, both athletically and academically, has taken its share of work and time. But she says that she kept her eye on the prize in order to say focused. 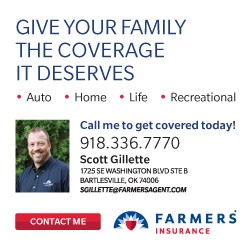