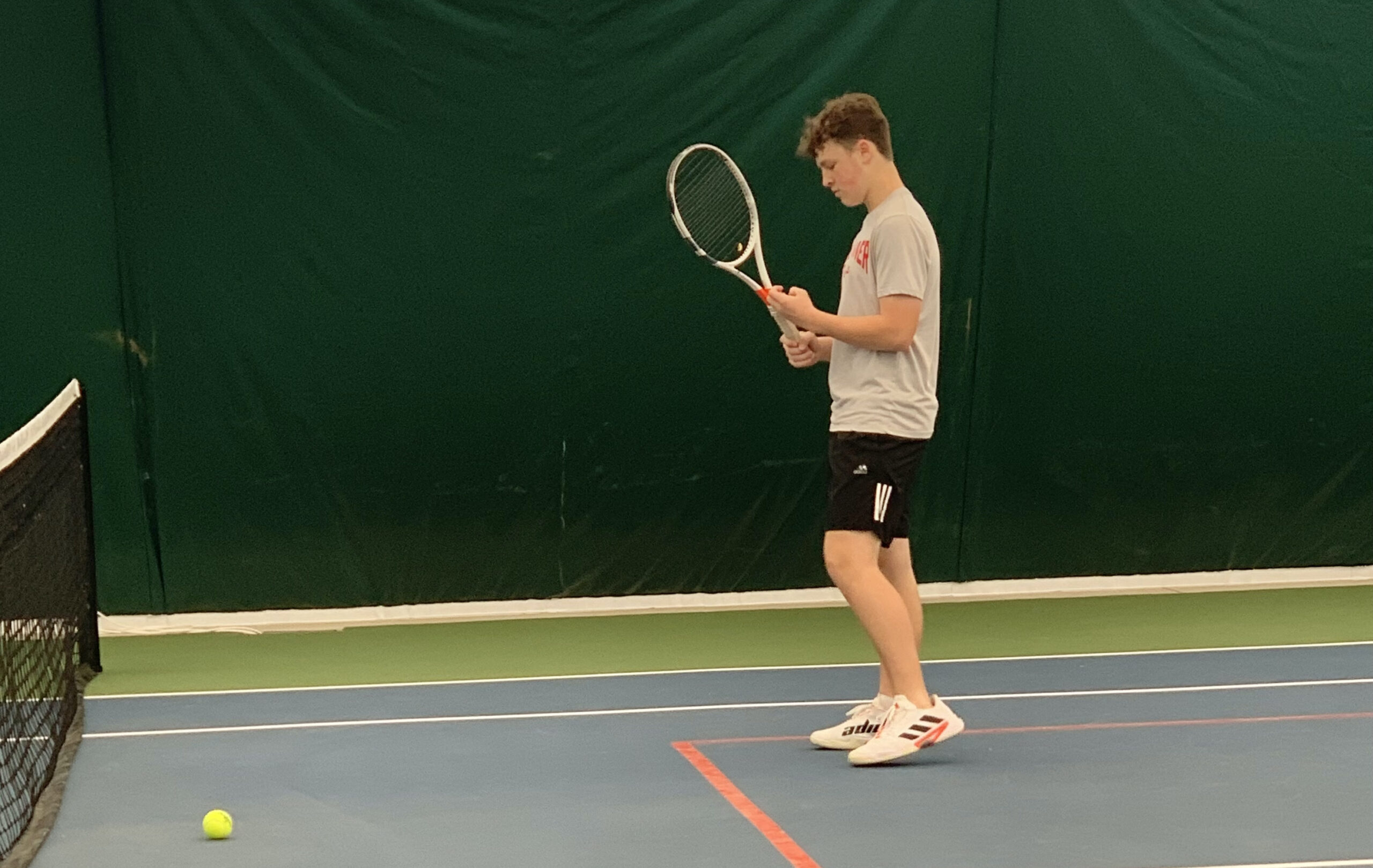 In the offseason of their sports, athletes put in a lot of time and effort preparing for the upcoming season. While they also work during the season, the offseason preparation is usually more intense. Logan Rosier says that though the work may get tough at times, he just keeps remembering why he is doing it.

“I try to keep in mind the motivation for why I am working hard,” he said. “I enjoy the accomplishments that I am able to achieve during the season. For instance, I made it to state during my first year of playing tennis. That was because of the work that I had put in. Success is not just something that happens. You have to put in the practice and have a lot of patience.”

Logan is a junior at Grove High School. He plays doubles tennis with his teammate Gavin Stone who is someone that he enjoys working alongside in practice, as well as in competition.

“Gavin is probably the teammate that I battle with the most,” he said. “He and I are similar skill levels, and we try to push each other more and more every day.”

Grove tennis coach Paul Cowan says that Logan has been a great teammate and a quick learner.

“Logan is a hard worker and has improved throughout the year,” the coach said. “He has a good touch, is a true competitor, and really understands the game. From the start, he has been a great teammate. The majority of our team is inexperienced and Logan has played a big part in helping them learn the game. He’s an awesome kid on and off the court.”

Rosier has had role models that he has looked up to that have also played a big part in who he has become today.

“My grandpa and my brother are the biggest role models in my life,” he stated. “I have grown up watching them do everything and I have learned so much from them.”