Athletes in all sports and at all levels are working towards one thing and that is being successful. While each athlete’s definition of success may be different, they all are working towards whatever they consider it to be. Maverick Williamson is a dual-sport athlete for the Jay Bulldogs, and he says that he has had a couple of moments of success throughout his career.

“I would have to say that the highlight of my wrestling career would be winning my first state title this year,” he stated. “And for baseball, it would be winning district Pitcher of the Year my freshman year.”

Maverick is a sophomore, and he knows that he did not just happen to stumble upon the success he has achieved. He has worked hard and continues to work so he and his team can reach their goals.

“I would say my dedication is a big part of my success,” he said. “Also, just wanting to get better every day. Having teammates and people around me that want to see me succeed is something that motivates me to work harder.”

Williamson and his teammates have great chemistry together, but that does not mean there may not be a little friendly competition amongst them.

“We as teammates battle each other for individual stats,” he said. “But at the end of the day, it is about doing what is best for the team. Kaden Murray is a member of our wrestling team and I think that he is somewhat underrated as a wrestler. Even though he fell just short of a state title this season, he is an outstanding wrestler.”

Outside of sports, Maverick is also a member of the National Honor Society and the student council. He also enjoys checking out his social media accounts but there is one that he has to check every day.

“Mentality is one that I follow on Instagram, and it is one of my favorites,” he said. “They put out a motivational quote each day and that really inspires me to get better each and every day.” 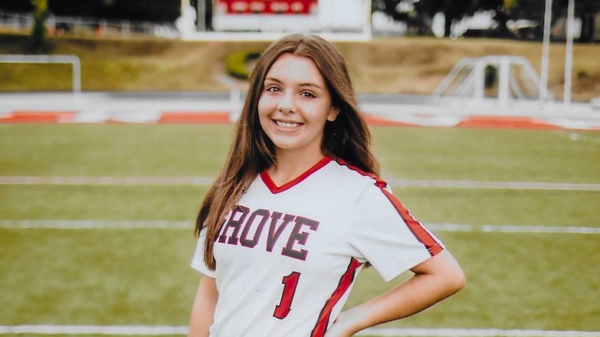 GROVE RIDGERUNNERS Coach: JEREMY COLLINS OUTLOOK The Grove Lady Ridgerunners were a young team in 2021 and had a few key injuries dampen their...