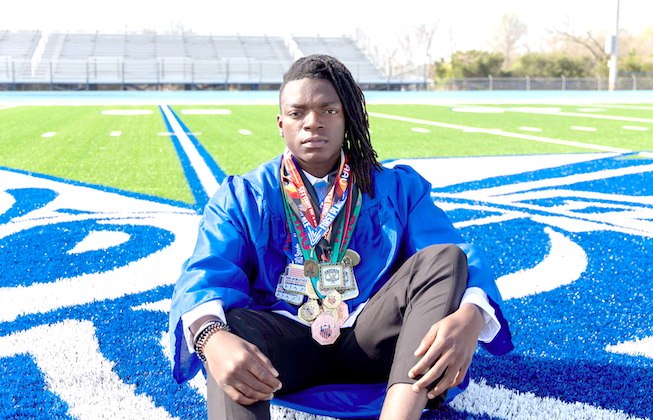 Students learn a lot of things from their parents. More than just telling you what you need to learn, in a lot of cases students learn by observing their parents and watching how they handle situations and learn from that. Kyron Downing says that he has no doubt that he would not be the person he is today without his mom.

“Even though she has never played football, I would say my mother is my biggest influence,” Kyron said. “She is raising and taking care of my brothers and me on her own and she takes care of my grandpa. She is the rock of our family, working on her goals and dreams while helping us pursue ours.  She signed me up in third grade to play football. She told me if I run faster than everyone on the field then I won’t get hit. It worked the majority of the time. We had football Sundays after church in our home. We would dress up in gear and she would hit me hard to teach me how to protect the ball. Just a lot of things she instilled in me at a young age that I still carry with me and she continues to do.”

Downing is a senior at Vinita High School. Along with playing football, he is also a member of the basketball and track teams. He says that there have been a lot of exciting moments throughout his career that he will not soon forget.

“I’ve had a few highlight moments during my career,” he said. “My freshman year I had a breakout season on the football field and our basketball team made it to the state tournament for the first time in a long time. But I think the highlight of my career that I love the most is when we played Tulsa Central this football season. I scored six touchdowns but one was called back. I juked about four or five kids to make my fifth touchdown of the game. They don’t know I spent all week studying those jukes and they worked.” 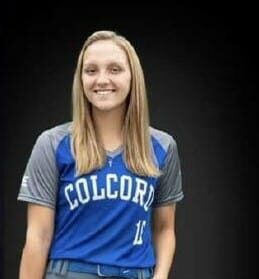 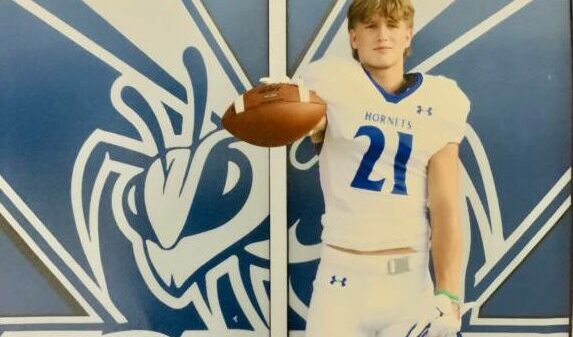 Throughout an athlete’s career, they can deal with a number of issues. While some of these things are easy to overcome, there can be... 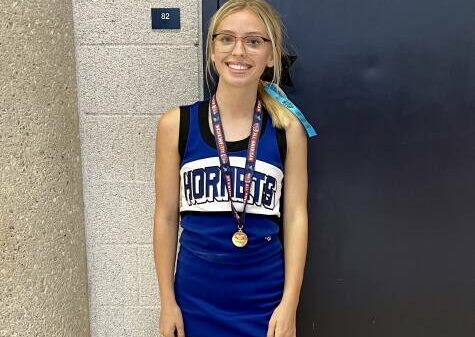 Athletes have moments throughout their career that are special to them for a number of reasons. Matti Hess has a moment that she was...