“This upcoming season we will be a very young team, but return young, experienced players in our infield,” head coach Kyle Minton said. “We will also have several outfielders that have received time over the last few years and will play large roles for us both offensively and defensively.”

Bartlesville has a very athletic group that can do some exciting things on the bases and in the field this year. Bartlesville welcomes Lexi Durao-West (P, IF, So.) who is new to Bartlesville this year after moving in from out of state. She brings a very competitive spirit, is a strong pitcher, and has a very solid bat. Coaches say she is a top 100 ranked player in the nation for her age group and is expected to make an immediate impact at the plate and in the circle this year. Isabell Daniels (3B, SS, So.) was a consistent starter for Bartlesville last year. As a freshman she had a .317 batting average and can play multiple positions defensively. Daniels excels at third base and has good reactions in the infield. She has been working hard to add power at the plate and continue to make solid contact with the ball. “Daniels will be a middle of the order hitter for us this season,” Minton said. “She’ll have many opportunities to show off her skill set both offensively and defensively and we look forward to great things from her this year.”

Kelsie Yales (P, 1B, Fr.) will be a freshman this year and has had great success in the junior high program. Yales is primarily a pitcher who has excellent command of her pitches and has been working on increasing her velocity steadily over the past few years. “The biggest improvement we have seen from Yales has been in the box,” Minton said. “She has become a much better hitter and continues to improve every day.” Chloe Robbins (OF, So.) can make an impact on any given play with her speed. In 2021 she was used as a courtesy runner and was near the top of the state in stolen bases. On defense she has great closing speed to the ball and always brings a great attitude. Emerson Casey (OF, So.) is a multi-sport athlete and a terrific teammate. Casey can play several positions and coaches are excited to see how she performs this year after a great freshman season. 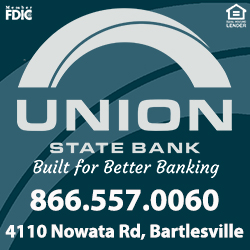