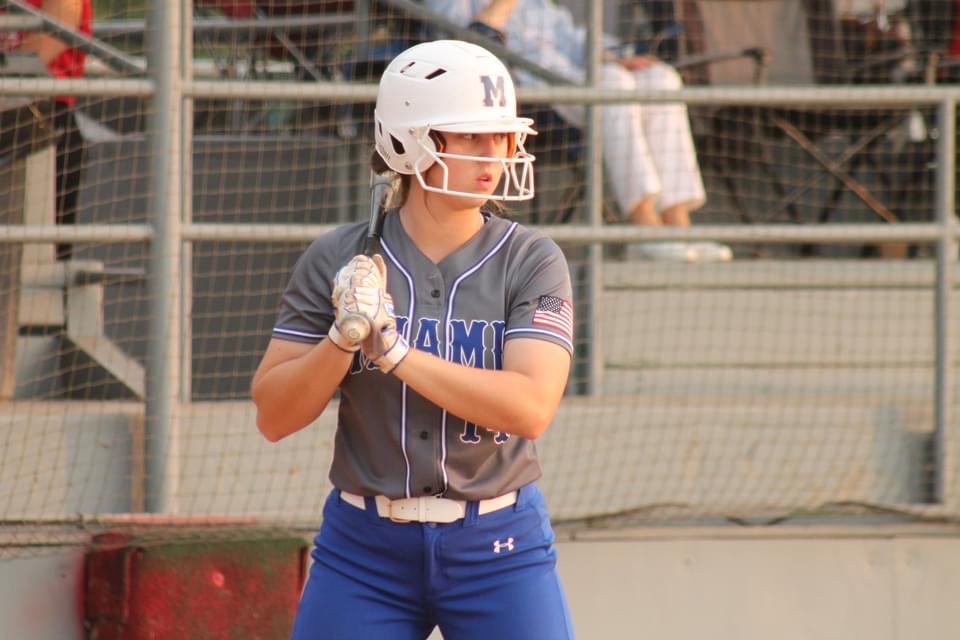 Hard work is a vital part of being a successful athlete. The more work you invest into it, the better you will become. Sidney Forrester is a softball player for Miami High School and she knows what it takes to be at the top of her game.

“I think really just putting in the extra work year-round is a key to being a solid player,” she said. “If you’re really committed to a sport, go out and go do something about it. For example, just get a tee and a bow net with some balls and just take cuts off the tee, take ground balls. Also, maybe you have other teammates that motivate you to become better, like a challenge.  Never settle.”

Sidney is a sophomore at Miami High School. She can play shortstop, first base, and third base on the softball field. Away from sports, she is the president of the National Junior Honor Society and a member of the student council.

Throughout her life, Forrester has had people that have influenced her and helped her become the person and the athlete that she is today. She says that there are a few people in her life that have had the biggest impact.

“I think my biggest role models have to be my parents,” she said. “They’ve been there for me through thick and thin, regardless if it’s during my slumps or my greatest moments.  I love them and thank them so much for supporting me. Also, I wouldn’t be where I am today without my amazing hitting coach, who’s been with me from the beginning.”

There have been a number of memorable moments that Sidney has experienced during her career. There are a couple that stand out as her favorites.

“The highlight of my softball career was having the opportunity to practice with some of the top players in the nation on my travel ball team,” she recalled. “The really cool part is that I get to watch them on television now.  For school ball, it would be last year when I hit three back-to-back home runs against Broken Arrow, all in one game.”