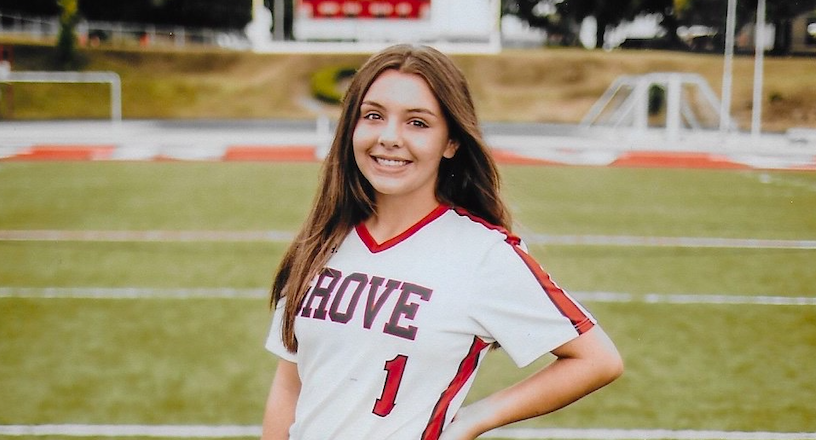 The Grove Lady Ridgerunners were a young team in 2021 and had a few key injuries dampen their season but expect to have a strong 2022 fall campaign. “We’re returning seven starters from last year’s team and we’re also returning two players who were injured last year; both will be filling infield spots for us,” head coach Jeremy Collins said. “I’m optimistic this valuable experience our players gained last year will carry over into this season.” Three-year starter Annsleigh Morris (SS, Sr.) is a major contributor for the Lady Ridgerunners in the infield and at the plate. In 2021 she led Grove in every offensive category and consistently makes great contact with the ball and gets on base early and often. Coaches remarked on the ways in which Morris has worked hard to improve her game this offseason and say she is an invaluable piece of the team, and the type of person younger players should aspire to be. One of the premier defensive players for Grove, Cheyenne Kunkel (1B, C, Jr.), might be even better at the plate staring down a pitcher. In 2021 Kunkel had a fantastic season swinging the bat and knew how to pick her opportunities and only registered three strikeouts all year. Kunkel knows how to take advantage of opportunities and coaches expect big things from her this fall. Brynlea Collins (SS, P, 3B, Jr.) is VYPE Top 100 Nominee and looks forward to the upcoming season.

“I enjoy softball because it has allowed me to make many lifelong friends while teaching me lessons about hard work and perseverance,” she said. “My favorite position is either shortstop or third base and I plan to go on to college softball. We were a young squad last year, so we are looking to build on the valuable experience that our younger players gained. After sitting out my sophomore year with an injury I am looking forward to being on the field wherever I am needed.” Emalee Gregg (OF, P, So.) had a great freshman season playing all over the field and made contributions in the circle, infield, and outfield. Gregg is the definition of a true utility player and also has great power at the plate. Elliot Geer (OF, 2B, Jr.) is a speedster around the diamond and led the Lady Ridgerunners in stolen bases in 2021. Look for Geer to have another solid year along with Holly Brice (2B, OF, So.). Other players expected to make contributions include: Sage Jackson (C, Sr.), Cayden Hollingsworth (OF, P, Sr.), Danika Watson (1B, Jr.), Alex Dozier (OF, So.), Ella Kernan (UT, So.), Mylea Helmer (OF, So.), Tori Gonzales (P, So.), and Jacie Pair (3B, 1B, Sr.).