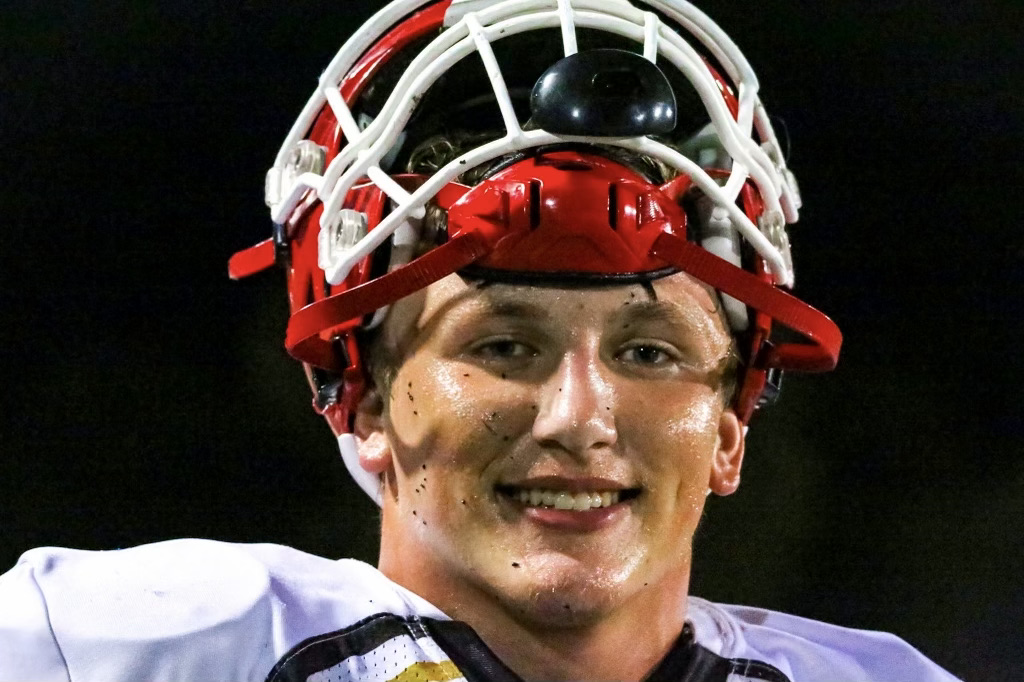 Almost every high school has a rival. That one team that no matter how good each team is, the games are always hard-fought and it is always circled on the schedule as a big game. Jesse Arnall is a multisport athlete at Grove High School and says that his school’s rival is just about twelve and a half miles to the south.

“I love playing against and beating Jay,” he said. “We have beat them every that I have been in high school. I enjoy beating them because they are our rivals and it just feels good to beat them.”

As a senior at Grove, Arnall is a member of the football and wrestling teams. There is a lot of work that goes into being a successful athlete, but Jesse knows that it is worth it.

“It takes a lot of hard work in order to be successful in sports,” he said. “You also have to be dedicated to your sport and to getting better at it. Those two things have been key in me being successful.”

While he has put in a lot of hard work to get where he is, Jesse knows that he could not have done it without a great group of teammates.

“Football has always been the biggest joy in my life,” he said. “It is because i get to play with all my friends who are just like brothers to me. We’ve been playing together since we were y,oung and to see us playing together now while having the success we’re having is a dream come true.”

Away from sports, Arnall is also a member of the National Honor Society and the student council. He also spends time helping out around the church that he attends. When he has downtime and catches up on social media, he has one person that he really like to follow.

“My favorite person to follow on social media is Tim Tebow,” Jesse said. “Tim is the prime example of a Christian athlete who walks on faith even through the harsh conditions that athletes go through.”