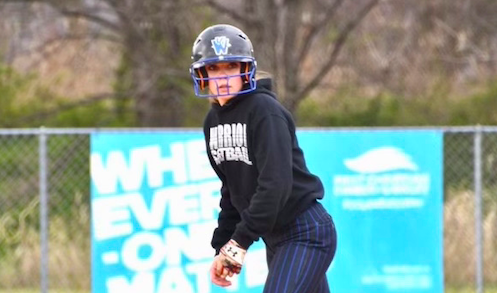 Throughout an athlete’s career, they have can have a number of people that are examples for them to look up to, help, support, and are there for them. The effect that they have on the athlete can be life-changing. Ketchum’s Kylee Herndon has a few people that come to mind when she thinks about those that have impacted her life.

“My parents would have to be the biggest role models in my life,” she said. “They always push me to work hard and get better. Another person that I look up to is University of Oklahoma softball player Jocelyn Alo because she always gives one hundred percent and she talks up her teammates.”

There have been a few moments during her career that Herndon would say were great memories, but she says that there is one that stands alone as her favorite.

“The highlight of my career would have to be hitting a grand slam in a season-opening scrimmage. It was an awesome experience.”

Success is something that Kylee has worked hard for and continues to work for. But while the physical work is key, she says that keeping herself driven is just as important.

“In order to be successful in sports, it has taken me pushing myself harder and always showing up, even on those days when I don’t feel like it. Knowing that our team has the potential to be really good is what keeps me working and motivated.”

Though she and her teammates face a number of different teams, Kylee says that there is one team that she always enjoys going up against.

“The opponent that I enjoy playing is Fairland,” she said. “Mainly because they are a good team but they are beatable.”