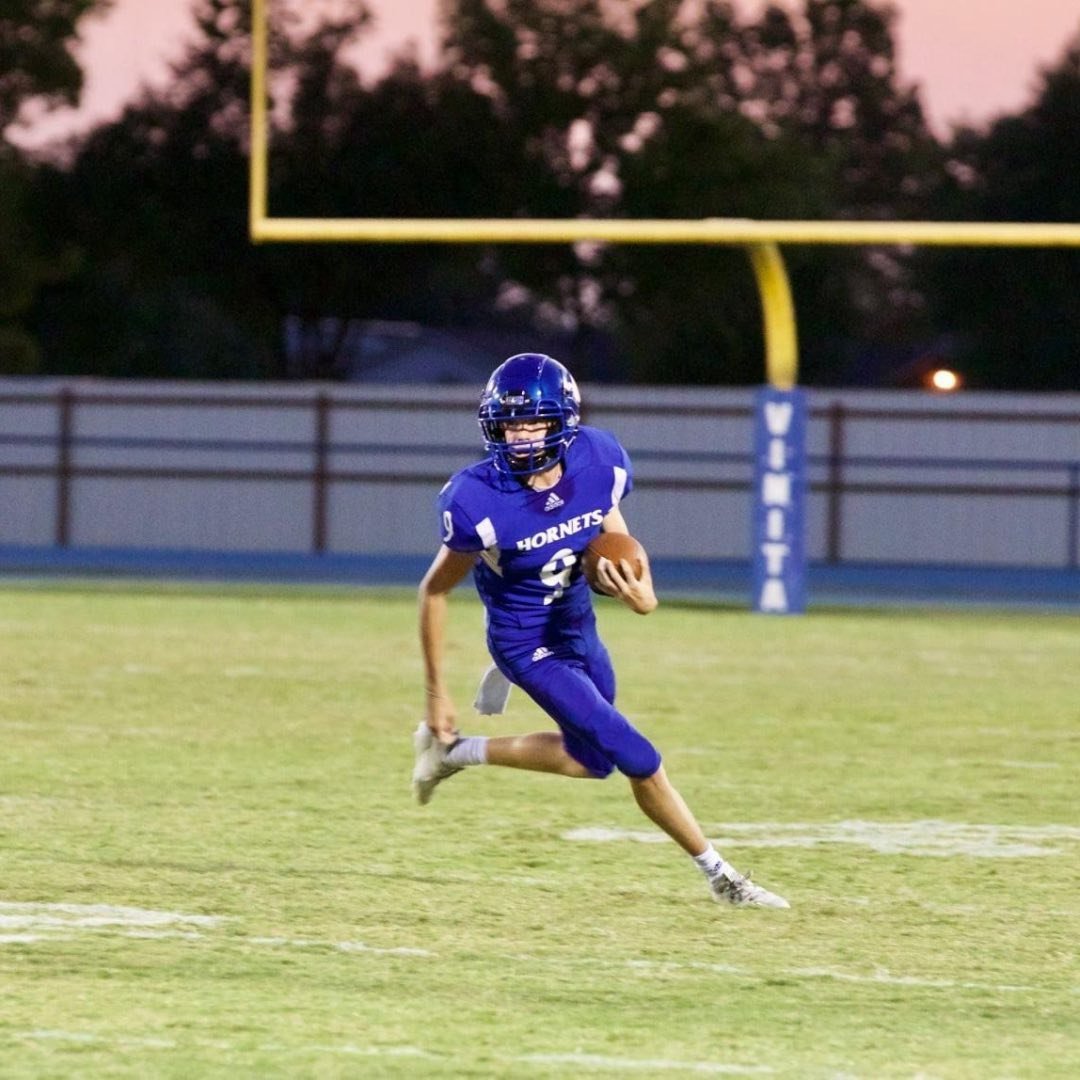 Matt Williams heads into his third season as head coach for the Vinita Hornets as they make the move from 3A to 2A in 2022. With seven starters returning on offense, Williams is very excited to see how his team performs against new competition this year. Leading the way for the Hornets is quarterback Paul Glasscock (5-10, 145, Sr.) who will begin his final season for Vinita as a three-year starter. As a sophomore and junior Glasscock managed 3,802 yards through the air with 70 percent accuracy and 49 touchdowns while picking up over 500 yards and four touchdowns on the ground. Bo Bennett (5-10, 170, So.) will be the primary running back for the Hornets. Coaches expect him to have a breakout season after fully recovering from a knee injury suffered two years ago. DJ Ramsey (6-4, 175, Sr.) is back at wide receiver after missing all of 2021 with a torn ACL. Tanner Floyd (5-8, 170, Sr.), Tucker Winfrey (5-10, 165, Sr.), and Zach Prince (5-10, 165, Sr.) all had solid 2021 campaigns as Floyd and Prince hauled in three touchdowns apiece and Winfrey contributed eight of his own. Trevor Williams (6-1, 240, Sr.) will look to take charge on the offensive line and help the Hornets establish their spread offensive attack. Keep an eye out for speedster Carter Fee (5-6, 140) at different positions this year. Fee is a track stud and was regional champion in the 100 and 200 meter dash.

Nine starters return for the Hornets and their 3-4 base defense. Williams wants to utilize his team’s quickness on defense. “We try to put a lot of speed on the field defensively,” he said. “We have a lot of kids that can run and get to the ball in a hurry.” Outside linebacker Ransom Williams (5-11, 185, Sr.) looks to build off of an impressive junior season that resulted in 114 tackles, three sacks, and three fumble recoveries. Sawyer Richardson (5-10, 165, Sr.) mans the middle and had 96 tackles and three sacks last season while Jet Ogdon (5-10, 165, Jr.) had 69 tackles and two sacks covering the weak side. Edge threat Will Rife (6-0, 200, Sr.) looks to close out his career at Vinita after picking up 56 tackles and two sacks as a junior. Prince and Floyd will start on both sides of the ball and appear as safeties looking to bait quarterbacks into making poor decisions and forcing turnovers.