After a 30-win season a year ago, head coach Kendall Young has high expectations for 2022. The word “family” is the best way to describe this team and how coach Young has approached the new year.

Taylor Lundien (3B, Sr.) is a well-rounded player and someone coach Young can depend on at the plate.

“She can swing it for power and average,” said coach Young. “Also, she can play multiple positions including catcher, shortstop, third base.”

The outfield features Amanda Stephens (OF, Jr.) who comes into the season after having an outstanding sophomore campaign.

All eyes will be on Brylen Bartley (P, Jr.) as she looks to be the dominant force in the circle for Wyandotte. Bartley has a strong arm and excellent control.

Defensively, one of the superstars is Josilynn Wyrick (SS, So.) who will likely see the majority of her time at short.

The Lady Bears appear to have all the needed tools to make a run at the state tournament. Coach Young continues to develop young talent while getting the most out of her upperclassmen. The Lady Bears will be a team to contend with this season. 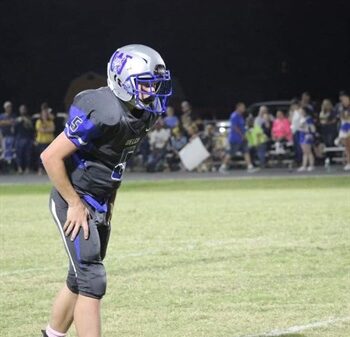