High school athletes spend a lot of time with and are influenced by a number of different people, including coaches, teammates, and family. But there is an additional group of people that can also influence their lives every day and those would be their teachers. Malea Wilson says that out of all of her teachers, there is one that made the biggest impression on her.

“I would have to say that the teacher that has had the greatest impact on me would have to be my sixth grade English teacher, Mrs. Spivey,” she stated. “Not only was she my teacher, but she became a best friend for life. She gave me a safe space and I always knew I could count on her. That year, she taught me the importance of friendship, and has continued to watch and cheer me on ever since.”

Malea is a senior at Colcord High School, where she is a member of the softball and track teams. In addition to playing, she also serves as the manager for the basketball team and is also a part of the Fellowship of Christian Athletes.

As she is in her final year of high school, Wilson keeps herself focused on her goals and what she is playing for.

“The idea of playing at the next level motivates me the most,” she said. “Softball has always been my outlet and something I would like to see myself be the best at. I have put in a lot of long hours of taking ground balls and hitting off the tee. Learning to overcome failure and having the mentality that my mistakes don’t define me or my game has been the key to my success. Softball is a game of failure, and your mental toughness is so important.”

Like most high school students, Malea enjoys social media and following a lot of interesting people.

“My favorite person I follow on social media is Jocelyn Alo,” she said. “During her career at the University of Oklahoma, she’s shown us all that hard work and dedication will always get you where you want to be and you can do anything you put your mind to.” 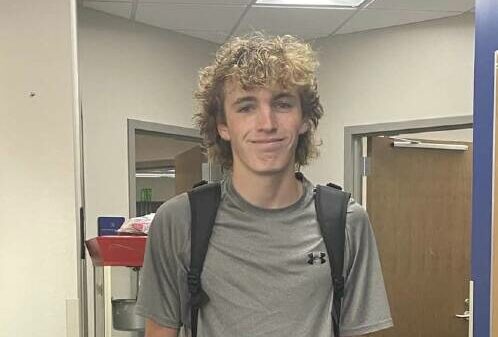