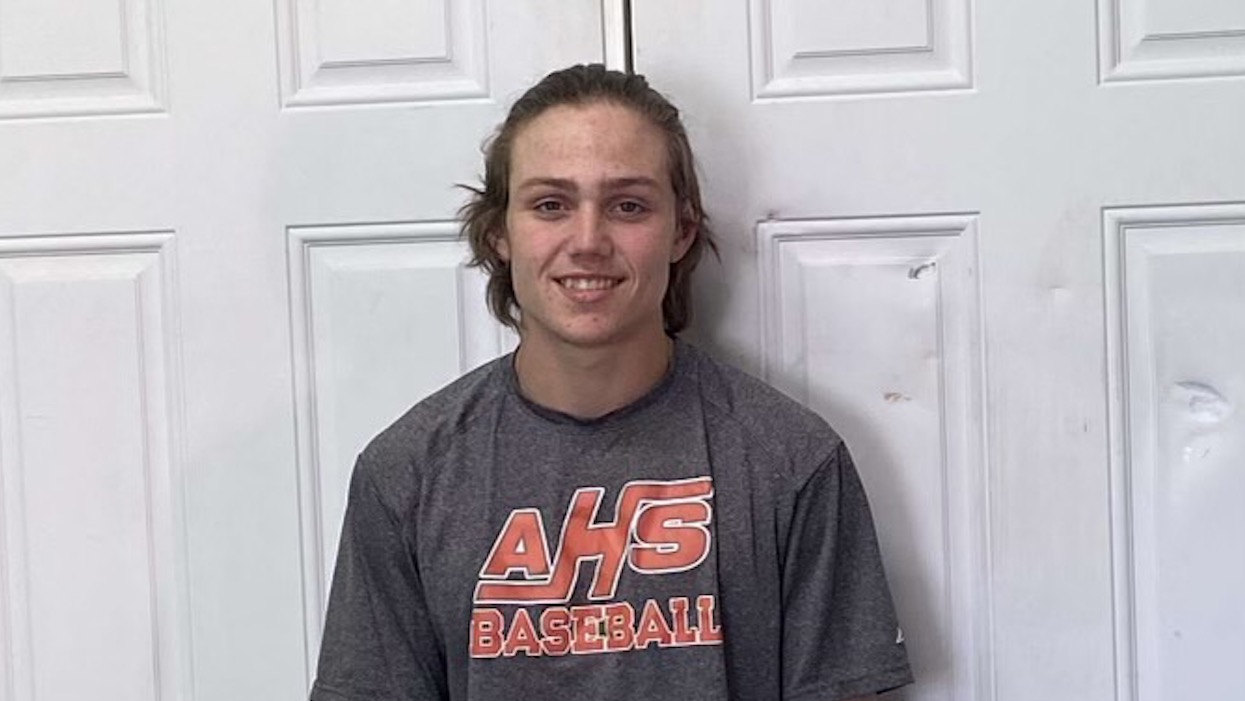 Kevin Thomas is a senior baseball player for Afton High School. Even though his time in high school baseball is coming to an end, Kevin is taking every opportunity to make memories and have a great time.

Kevin has been involved in baseball for six years. He developed his love for the game early on in his childhood while playing catch with his dad when he was little.

While every aspect of baseball is exciting for Kevin, his favorite part about it overall is pitching and having the chance to strike out another player.

Over his time playing, Kevin has one memory that has continually stood out to him, and that is when he hit his first ever inside the park homerun. That is a memory that will be with him for many years to come.

Hitting a homerun was Kevin’s main goal he had set for himself, and he is very proud that he was able to achieve that before his time in high school baseball is over.

Kevin is very close to his team and his coach; they are like family to him.

“I look up to my coach Dustin Henry. He is an amazing coach and strives to make us better people on and off the field,” said Kevin.

His coach is confident in Kevin’s abilities and plays him in many different positions, such as pitcher, second and third basemen, and shortstop.

Aside from baseball, Kevin is also involved in football, basketball, track and powerlifting. He has a lot on his plate but strives for excellence in every area.

Kevin is looking forward to graduating and is looking ahead to life after high school. His plans include attending college and continuing to play sports on that level as well.

His advice to the underclassmen is, “Keep working hard. It will all pay off eventually.”