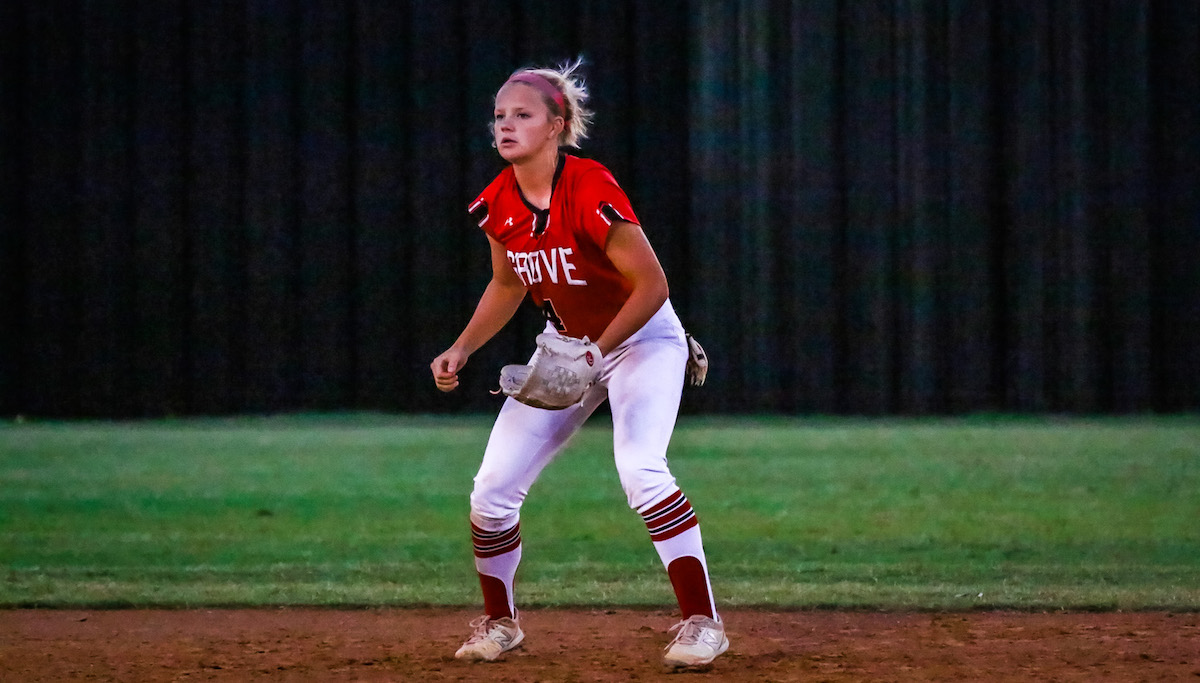 Athletes invest a lot of time and effort into becoming the best that they can be. They spend time at practice, in the weight room, and even getting mentally prepared. Annsleigh Morris says that there is a lot more than just physical work that is required for being an outstanding athlete.

“Yes, you have to put in a lot of work,” she said. “But you also need to have mental toughness, discipline, patience, and dedication.”

Morris attends Grove High School, where she is in her junior year. She plays softball and basketball for the Ridgerunners. Beginning playing sports when she was five years old, Annsleigh still loves to play both sports and has grown in her abilities.

Throughout her lifetime, Morris has had people that have had an influence on her life and helped shape her into the person she is. But out of them all, she says that there is one person that has made the biggest impact.

“My mom is by far the biggest influence on my life,” she said. “She does not quit when she isn’t satisfied with her outcome,” Annsleigh said. “She has been through a lot and it makes me want to work hard for a better outcome as well. I am the person I am today because of her.”

Jeremy Collins, who is the head softball coach at Grove, says that Annsleigh is an outstanding softball player and he expects a solid season from her.

“Annsleigh has been our most consistent offensive threats this season,” he said. “And she led  us in all offensive categories. She really improved on the defensive side of the ball as well.”

During her softball career, Morris has made some great memories with her teammates, both on and off the field. She enjoyed them all but says that there is one thing that she has enjoyed the most.

“My favorite memory is hitting home runs,” she said. “It’s great because I am helping my team, but it also is nice to make solid contact.”

She has had a lot of different teachers throughout her education. But Annsleigh says there is one teacher that was her favorite.

“Mrs. Ward was my fifth-grade teacher,” she said. “She taught me that there are rewards for doing good things. That is something I will always remember.”