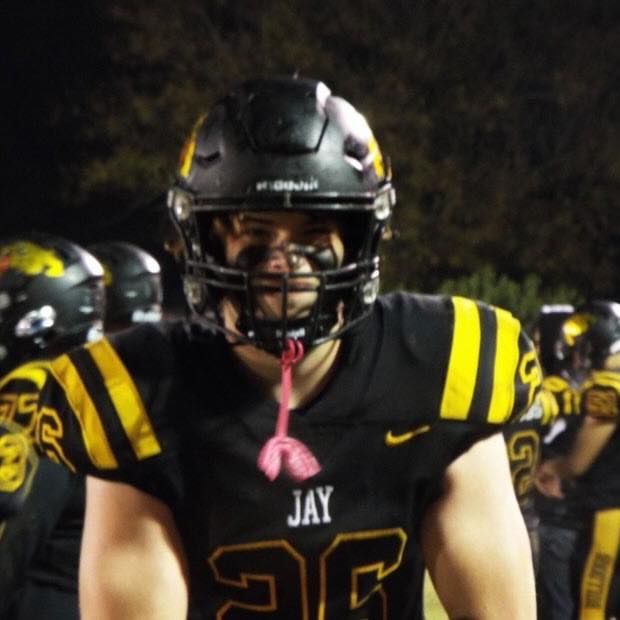 Jay takes on Bristow for the first time since 1991 and the first time ever in the regular season. The Pirates won all three previous matchups in the post-season.

Vinita defeated the Bulldogs 43-14 after Covid wiped out their 2020 meeting. The teams had played for 53 consecutive seasons from 1967 to 2019. Jay hosts Vinita on September 1st.

The Bulldogs enter the 2022 season ready to put last year’s 2-8 record behind them. Second-year head coach, Eddie Barnwell says that his squad has some experience coming back and that will be a big key to their success this season. “We have three solid returning offensive linemen that understand our offense,” he stated. “Also, we have quarterback Kaden Murray back for his senior season. He is a very athletic quarterback whose strength is running our option offense. His ability to throw the football will keep teams from being able to load the box to stop the run. Luke Black became an outstanding fullback last year and is bigger, faster, and stronger than a year ago.” With an experienced Murray (6-1, 190, Sr.) at quarterback, that will help the Bulldog’s offense. Beside him in the backfield will be halfback Adin Compher (5-7, 150, Jr.) and Black (6-1, 255, Jr), who will work to establish the ground game to help open up the passing game. Blocking and creating running lanes up front will be center Jagger Jackson (5-10, 275, Sr.) and guards Kannon Scott (5-10, 220, Jr.) and Jed Hampton (5-10, 215, Sr.)

On the defensive side of the ball, Barnwell says that his guys have made big improvements from a year ago. “We are more of an attacking front five this year compared to a year ago,” he said. “The improvements by our front five will be key for us if we hope to compete with teams like Holland Hall and Verdigris. We believe that we have more playmakers on defense this season, especially in the secondary.” Anchoring that front five will be Braxton Morgan (6-0, 220, Sr.), Tristan James (6-2, 250, Sr.), and Hampton. Conner Gough (5-10, 190, Jr.) and Cooper Fraizer (5-10, 215, Sr.) will do their work at the linebacker position. Whether they are stopping the run or playing against the pass, they will be ready when the time comes. The secondary will be led by Jeron Newcomb (5-9, 165, Sr.) who will bring his experience and knowledge of the game. Assistant coaches this season will be Jeff Stapleton, Taylor Poe, Josh Cawyer, Brandon O’Field, Garrett Evans, and Zach Kingfisher.