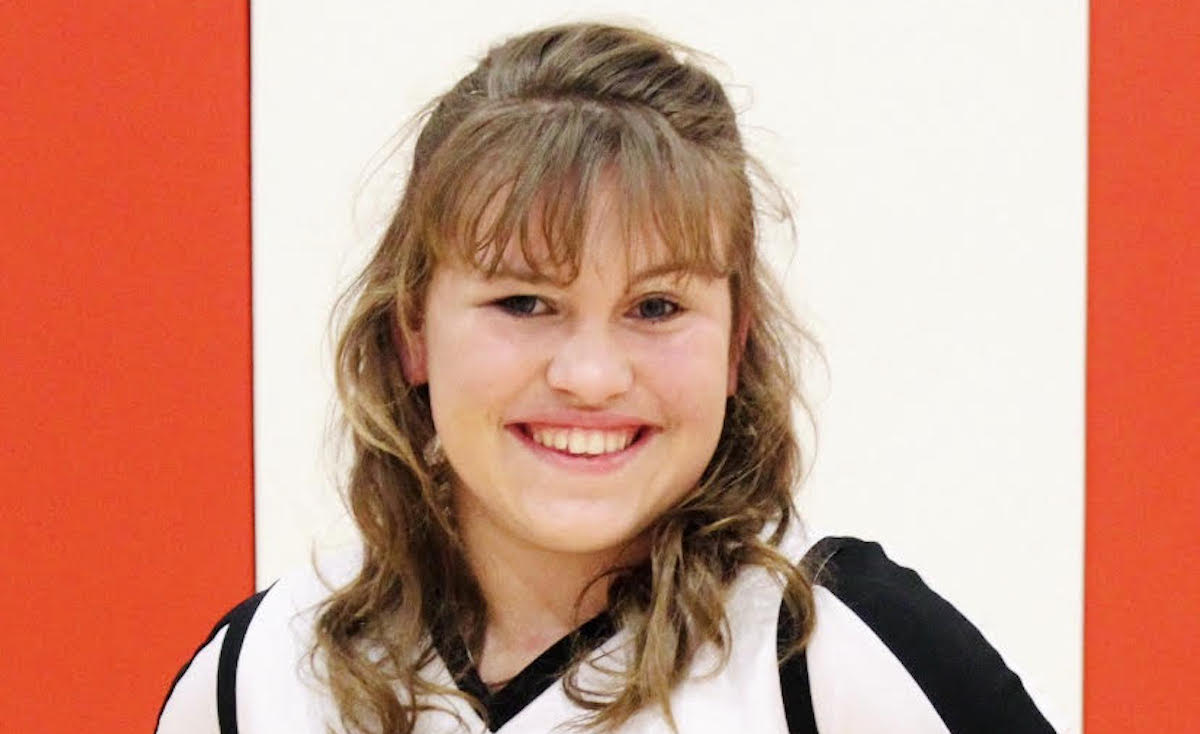 Athletes at all levels of competition work as hard as they can to be the best that they can be. Whether it is spending extra time in the gym, field, or weight room, the athlete has to be willing to do what it takes to be their best.

Kallie Schertz, who is a multi-sport athlete at Fairland High School, says that there are a few things that have helped her become the athlete she is today.

“I have done a lot of practice and running,” she said. “Coach Brixey, my cross country coach, makes us run a lot to get prepared for the season.”

Along with being a member of the Fairland High School cross country team, Schertz is also on the school’s cheer, track, and Special Olympics teams.

Throughout her life, Kallie, who is a junior, says that she has had different people that have had an influence on her life. But she says that there is one person that has made the biggest impact on her life.

“My mom is my biggest role model,” she said. “She has always taken good care of me. I would not be the person that I am today without her. I am so thankful for her.”

Another person that has been influential in her life is Schertz’s cheer coach, Maddie Ferris.

“Coach Ferris is definitely one of my favorite teachers,” she said. “She is a big help to me at school and she also gave me a chance to be a cheerleader, which I love getting to do.”

During her athletics career, Kallie says that she has made a lot of great memories. Out of all of those moments, she says that one personal achievement stands out as her favorite.

“The highlight of my career was when I made the cheer team as a sophomore,” she stated. “I was so excited to be a part of the team.”

Ferris says that Kallie is an asset to the team and is also a great teammate.

“Kallie strives to succeed at anything she does. She does not let anything get in her way of becoming a great athlete. Her constant positive spirit and energy alone light the way for many in our community. As her coach, I am so proud of her and all the hard work she puts into being a great cheerleader.”