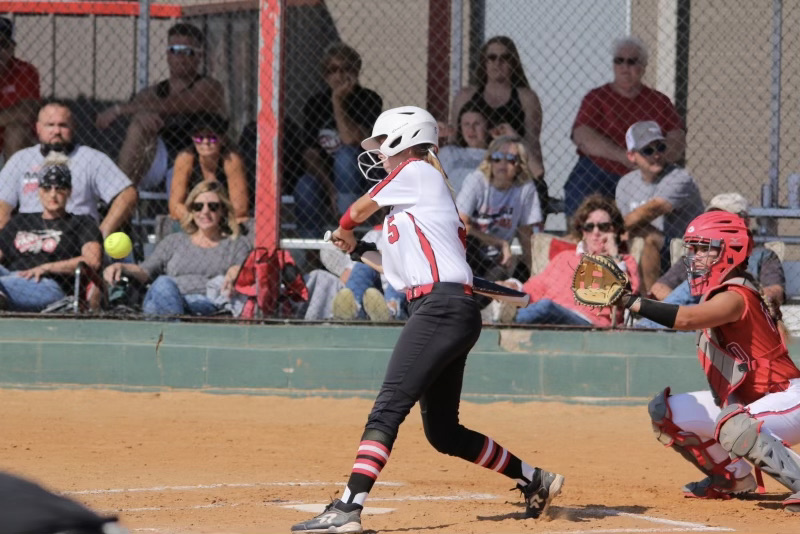 High school athletes have a lot to juggle in order to be successful. Most importantly, they have to work hard in the classroom to keep their grades up. They also have to work hard at practice and outside of organized practice in order to be the best they can be when they step onto the field or court. Cayden Hollingsworth says that being successful in sports is about more than just physical work.

“As an athlete, you have to be coachable in order to reach your potential,” Hollingsworth said. “You can put in all the work you want, but if you are not willing to listen to your coaches and allow them to help you grow and get better, you will have a hard time being successful. I have had a lot of great coaches in my life that has helped me get to where I am today.”

Cayden is a senior at Grove High School, where she is a member of the softball team. She can pitch, play second base, or in the outfield, wherever her team needs her to be. She loves to play sports and says that the enjoyment of the game is what keeps her motivated.

Throughout her career, Hollingsworth and her teammates have made a lot of great memories and she says she would not be where she is without her team.

“My classmates are some of my biggest inspirations,” she said. “Our class has achieved great things athletically. Personally, my highlight moment would have to be when I made varsity as a freshman and only had two errors that entire season. I also won Newcomer of the Year that season, which was really cool. My teammate Annsleigh Morris is someone that proves that there is always room to better myself, and Sage Jackson is our varsity catcher and she does not get nearly enough praise for what she does.”

On social media, Cayden follows a number of different accounts, but she has one that she enjoys following the most.

“I like to follow the U.S. Air Force on social media,” she said. “That’s where I plan on going after graduating high school so I enjoy getting to see what they do.”